Earlier this year, I went to Bird Fair 2017 for the first time.

I was only able to go for a few hours due to my health, but in that time I met so many inspiring naturalists with a keen interest in wildlife and conservation, just like me.

Amongst the many, MANY stalls that are there, I met up with the wonderful people at Birders Against Wildlife Crime (BAWC)  who were talking to my boyfriend who previously knew him as he’s done a lot of conservational work in the past.

As we were chatting, they mentioned how any sort of contribution or help is much appreciated to help them raise awareness about issues effecting the UK and beyond – one of which is the issue of driven grouse hunting in the uplands.

This habitat is not sustainably managed and contributes to the illegal killing, shooting and poisoning if our beloved raptors – hen harriers in particular which are a species that are in decline.

This stuck in my mind, and I wanted to do something about it. It’s taken a while, but I finally found the time to complete this piece of artwork titled ‘F*CK WILDLIFE CRIME’  featuring a hen harrier breaking a farmers gun to smithereens, with upland moor habitat in the background. It’s to raise awareness for our vulnerable species that are vulnerable because of the ignorance of humans.

My design has already had a huge response on twitter from fellow birders which is really encouraging. I am forwarding the design on to the BAWC to see if they’d like to use it for promotional purposes, I think it would look great on a t-shirt.

PLEASE sign the petition to ban driven grouse shooting to the right – it won’t happen without your help. Thank you. 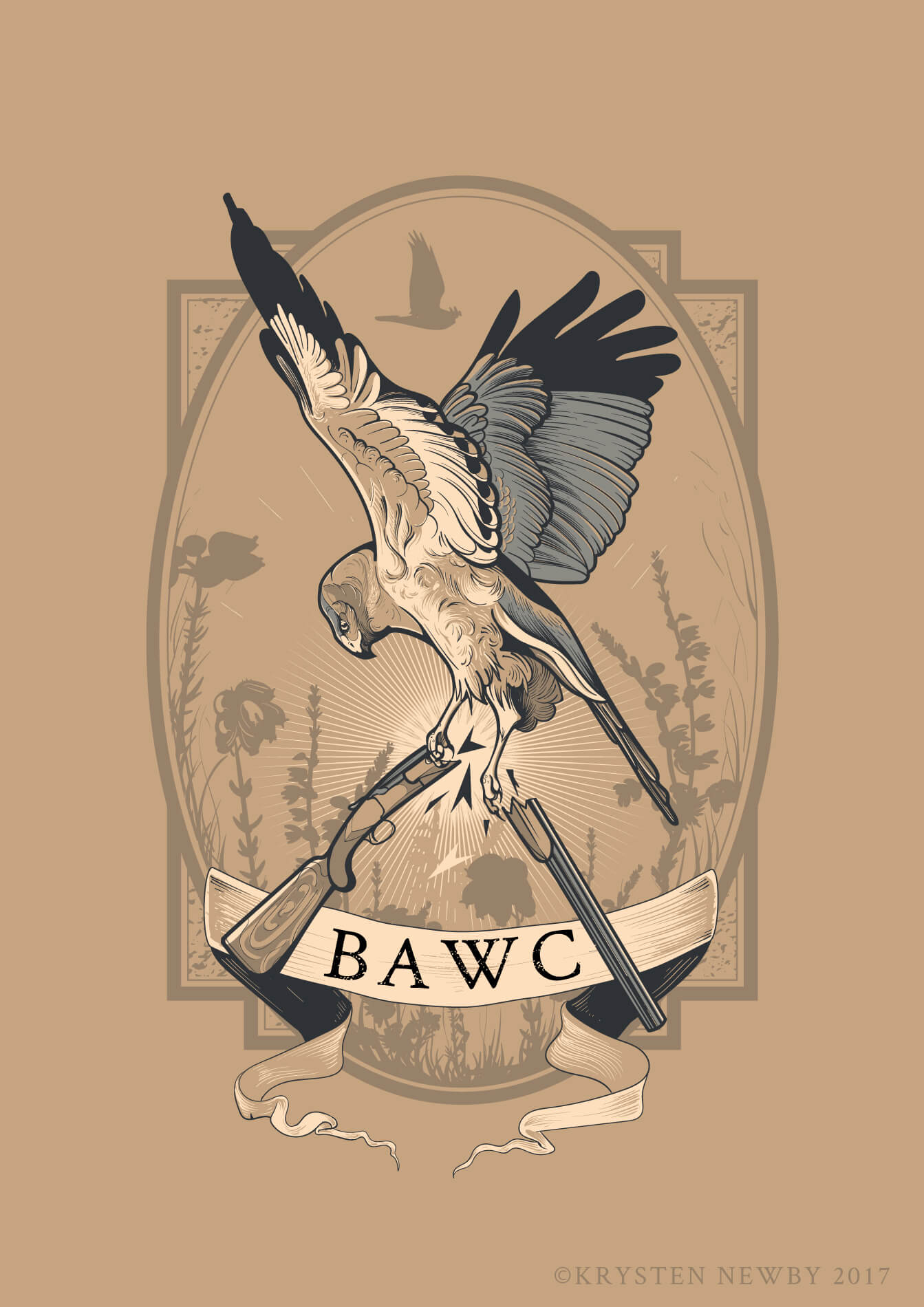