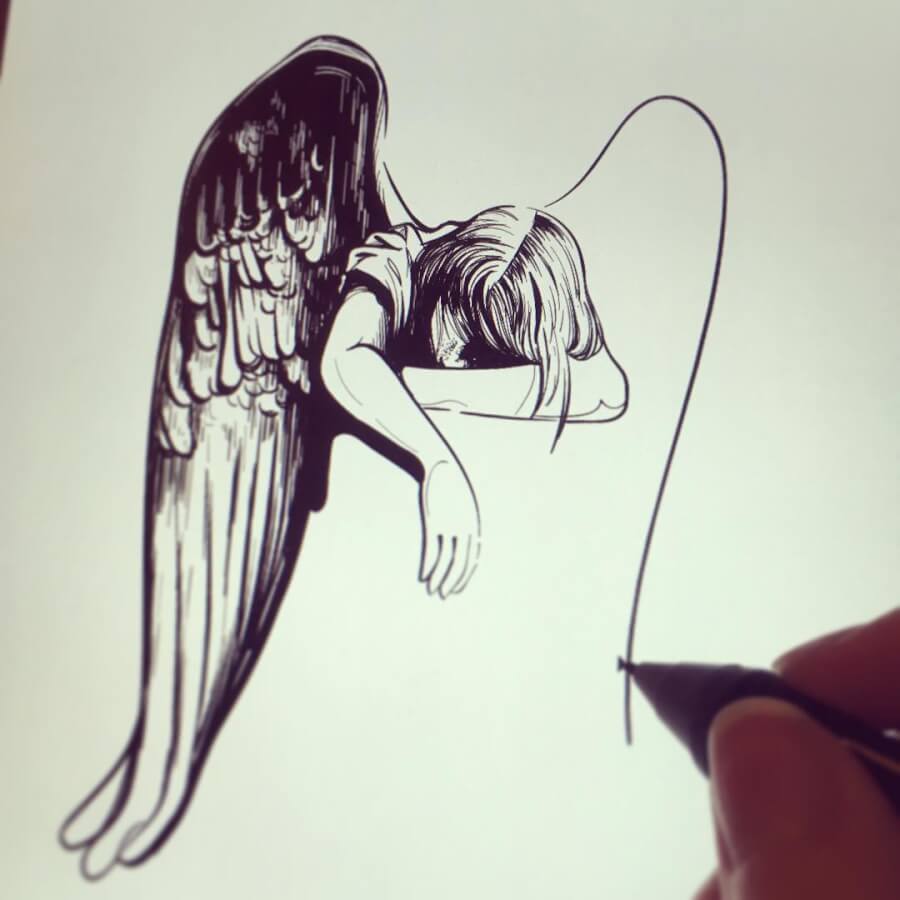 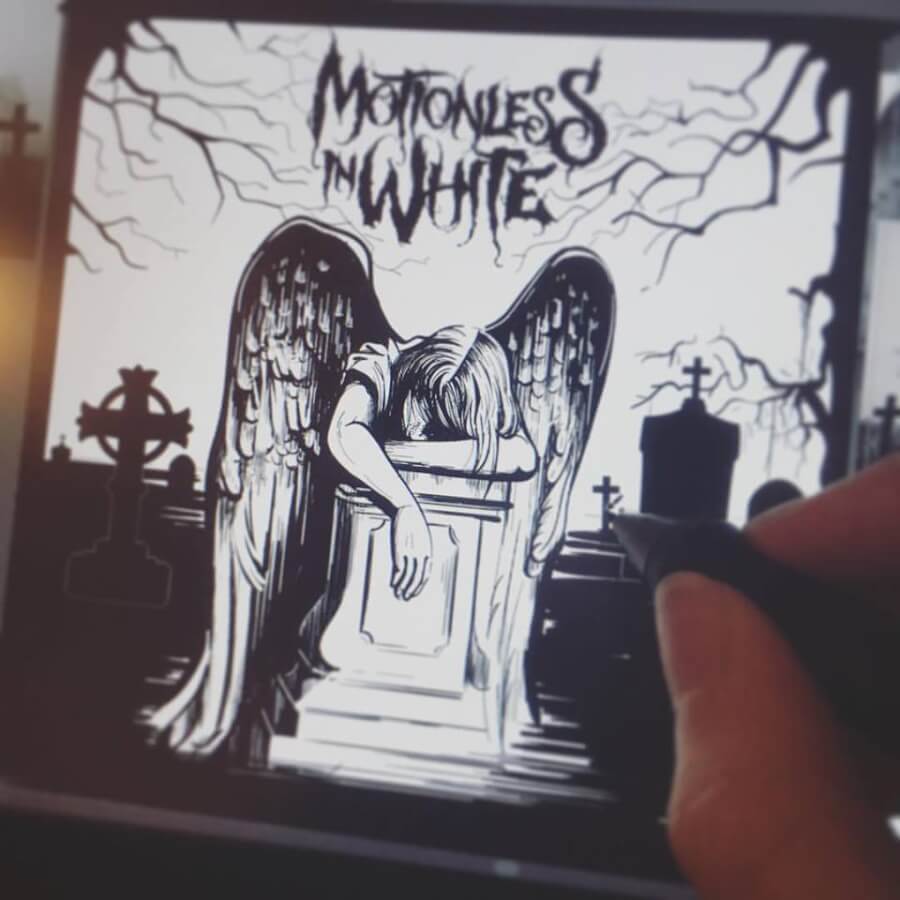 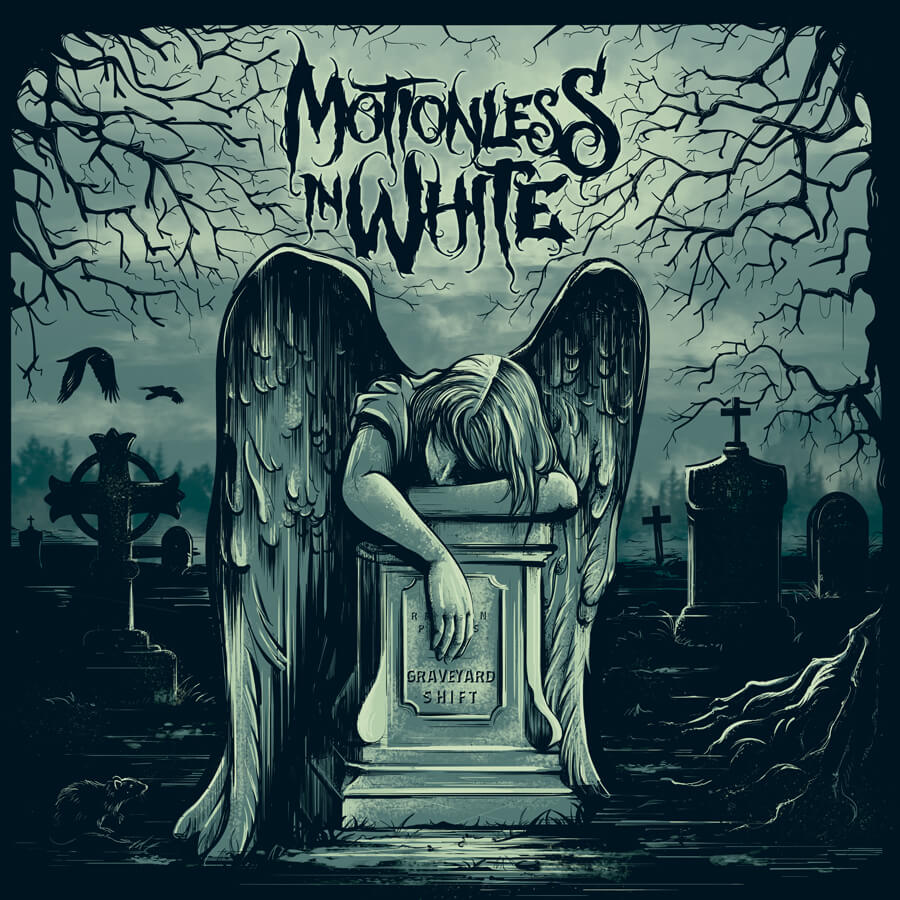 Creative Allies is a great platform that allows artists and designers all over the world to emerge their talent. This year, they’ve teamed up with metal band Motionless In White allowing fans to create the album art for their upcoming album, Graveyard Shift.

Originally, I didn’t want to come up with something obvious, but after doing some research, I got absolutely captivated by gothic cemetery statues, particularly of angels. I felt that their aesthetic was so expressive and beautiful, so I used this as a platform for the design. I feel that the angel in the album art I created portrays the feeling of exhaustion particularly well, which relates to what MIW’s new album is all about – the struggles of life and going through hardship to get where they wanted to be.