‘The Great Escape’ was inspired when I went to Birdfair 2019, an annual event based in Rutland.

They have an incredible art marquee (which I hope to exhibit at one day) and walking around this year, I realised that nobody had really depicted the song thrush in art.

Kingfishers, Hoopoes, Wallcreepers seemed to be in the limelight, as well as typical British garden birds…but no Song Thrush!

They are such a gorgeous garden visitor, sadly not as many around as there used to be due to lack of habitat from intense agriculture and persecution in places like Cyprus where they illegally trap them in their hundreds. So when I see one in my garden now I think how lucky I am and cherish the connection with them.

I feel they deserved to be in the limelight a bit more, so I decided to paint one. They break up snail shells on rocks and use it as an anvil to get to the juicy snail inside.

I gathered broken snail shells from my garden which the resident song thrush was done with and used them as reference. 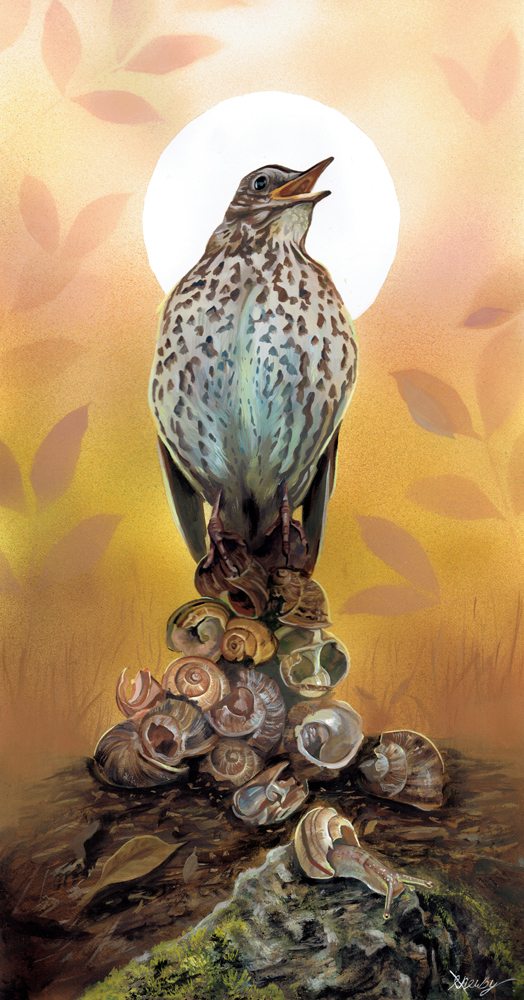 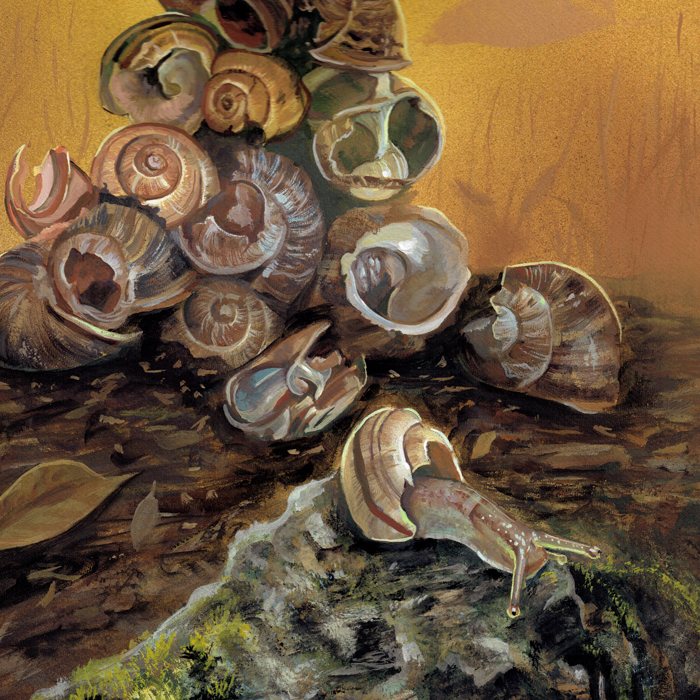