I went to go and see The Revenant at the weekend, a film by Alejandro G. Iñárritu featuring the fabulous Leonardo DiCaprio & Tom Hardy. Such a beautiful piece of cinematography, loved every minute of it! I really do hope that Leo gets an Oscar for his performance in this film, he deserves it after all! It also amazes me how he can still look good, even after being mauled by a bear and covered in horse carcass…but anyway;

A frontiersman on a fur trading expedition in the 1820s fights for survival after being mauled by a bear and left for dead by members of his own hunting team.

I especially enjoyed the grizzly bear scene, as I watched it, it instantly gave me an idea for this illustration, which I just had to get out of my system. Also a great opportunity to get more practice in and test out my Wacom Cintiq. I don’t tend to draw/paint humans, so it was a nice little challenge for me this weekend, I’m pleased with the end result of this digital painting and I hope you enjoy it as well! I added a bit of background and typography to the piece to make it in to an alternative film poster.

If you have not seen The Revenant already, I suggest you go and see it, it’s fantastic and I highly recommend it! 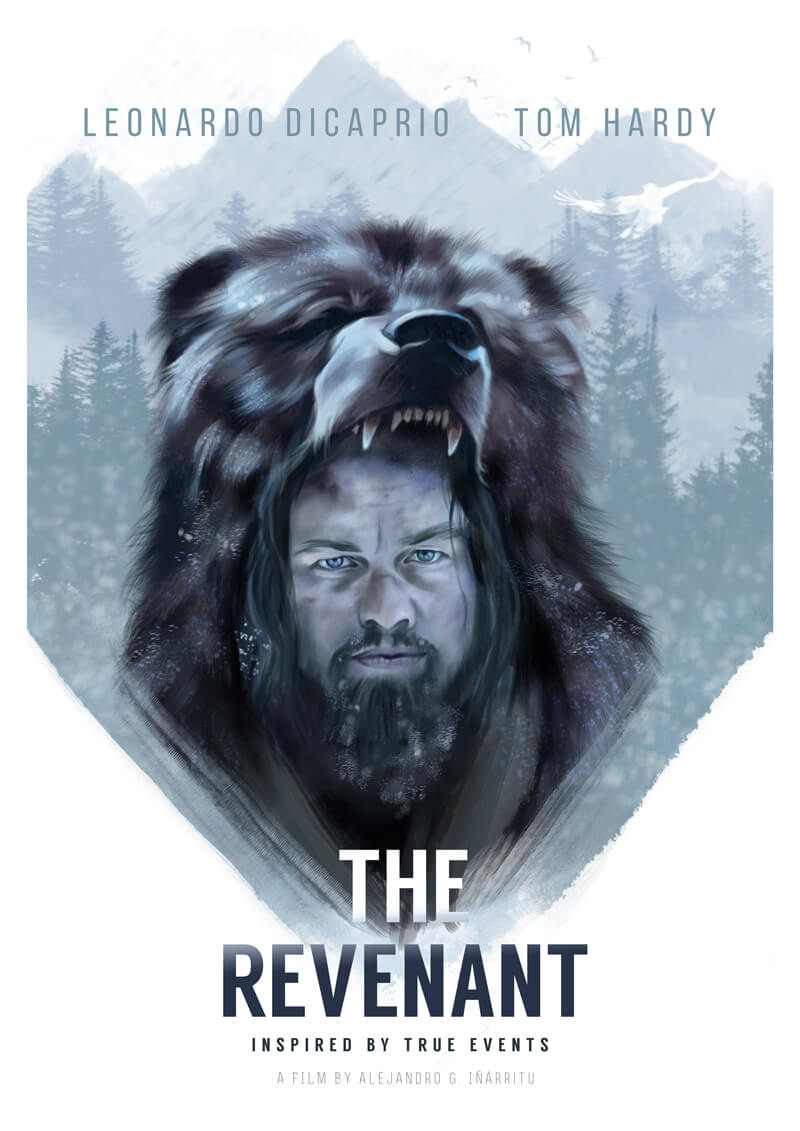 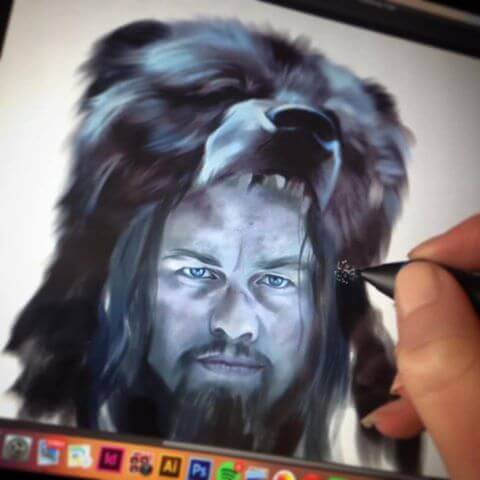 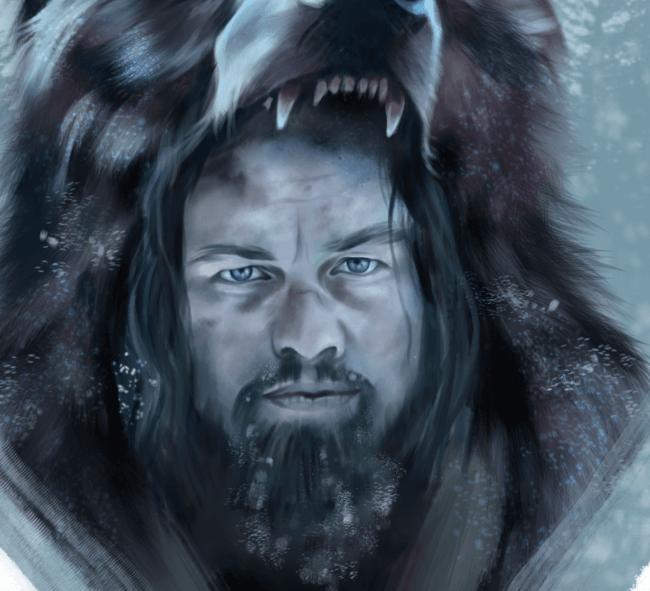